Birdwatching, and a Show and Tell...

I have funny pets.
A dog who cries until I go to the mailbox after the postman rides by, a cat that loves to sit out in the pouring rain and dips her paw in the water bowl to scoop it out and drink, and both of them together who like to sit at the front step and talk to birds. 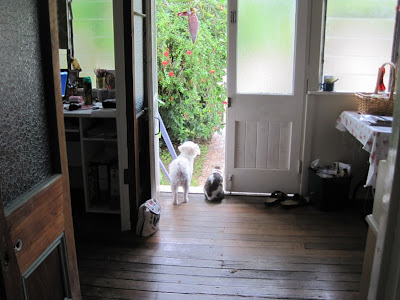 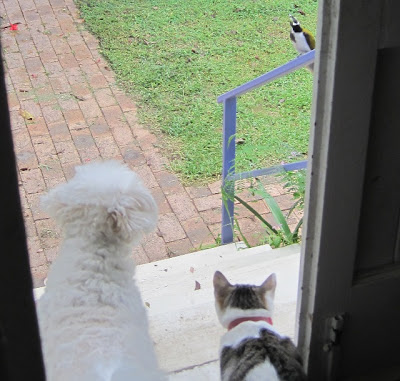 Have I ever told you about the budgie we had many years ago that used to sit on my shoulder to lay her eggs? I tell you, weird animals are attracted to us.
~~~~~
We took the new toy out for a spin between rain showers on Sunday.... 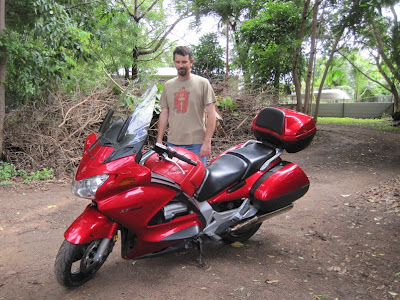 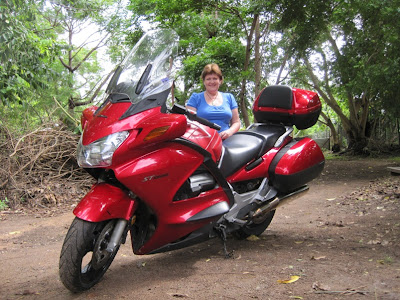 Only a month to go and we can head off on a short holiday break, leaving the teens and the animals to keep house and amuse themselves. ;-)
~~~~~
Some Show & Tell at last!  Sorry about the delay. My laptop crashed last Tuesday and I've only been able to sporadically use Mr E's while he fixed mine. It's all 'betterer' now, as my kids used to say when they were young.
Susan in South Africa has made THREE 'Give Thanks' hangers and verses! This one is for her sister and she has made her own verse blocks representing the seasons... 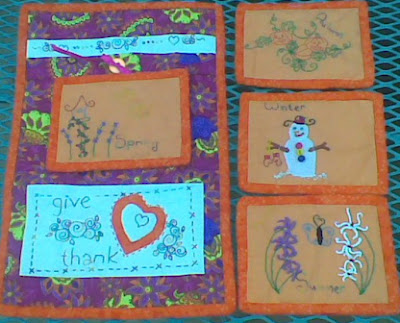 Carla Louise is making her verses blocks into a quilt with some other collected stitcheries - so cute!

Marie is making two 'Give Thanks' hangers, and one of them is just in blues - I love it, don't you?! 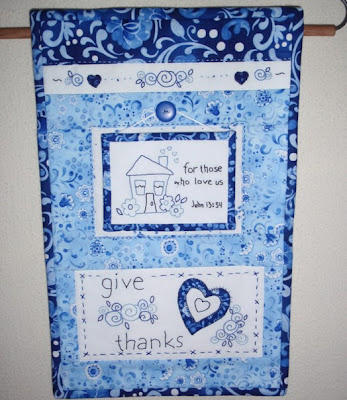 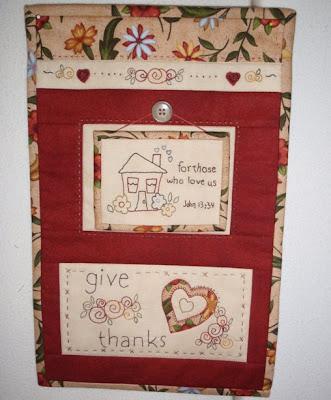 (I have heard from many of you that you're making more than one of  these projects - what a precious gift for a loved one!)
Dot has made two of my new Oopsie Daisy runner designs, but without the appliqued blocks at the ends. This is an easy pattern for a quick gift done this way. :-) 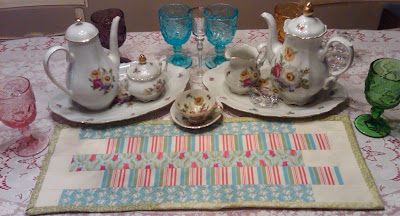 Kirsti in Algeria was very creative with my Daisy-Do BOM from 2010! She made one of the blocks a centre piece for a small tablecloth, and then decided to make the whole wallhanging as well. She used some linen and an old skirt - these are beautiful! 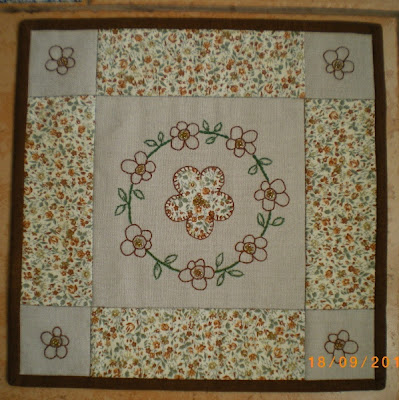 Lena lives in Stockholm and recently finished making my Wonky Houses wall runner! This was my very first free BOM, back in early 2009.

~~~~~
Since working at the school began this year I have found very little spare time to stitch and design. New Beginnings has taken a big chunk of my nights and remaining spare time, and then of course I have a home to keep. By the end of March I should be finished packing the completed donated kits, making up more kits from the bits and pieces also donated, and from my own stash (which has remarkably halved!) making more kits of fabric, thread, patterns and craft magazines.
This has been a very humbling job to do, and to think that from one small idea a response was generously received from around the globe - wow. Thank you to everyone who sent something - you're amazing women indeed!
~~~~
I have almost finished the last of 5 new small stitcheries that I began in January, so if I can grab some time over the next few days I'll try to have them 'framed' in their special project to show you. I think you'll love them!
Hugs
Jenny
xxx

PS: Don't forget - my 30% Etsy Sale runs through till midnight on Thursday! You can get the code for the discount HERE.
Posted by Jennifer Reynolds Jenny of Elefantz at 2:06 PM
Email ThisBlogThis!Share to TwitterShare to FacebookShare to Pinterest
Labels: Show and Tell Friday

Jenny, Is your Daisy-Do BOM from 2010 available anywhere? It is adorable! Hugs...

A Spoonful Of Sugar said...

Just spotted your Daisy Do in the latest Handmade Magazine - another lovely project Jenny.

oh yes the asntics of animals is unbelievable at times..like our cat snuggles up to me when I go to bed but as soon as she hears hubby coming she jumps to the end of the bed-and waits for him to laydown then climbs up on him...love the new bike it sure will go fast being red...oh a trip away how exciting..Love seeing the projects others have made,cheers Vickie

Your pets are in deed funny. And it is nice to see how your patterns have developped since the wonky houses. You keep getting better at it.
KATRIN W.

Daisy-doo looks great in the latest issue of Handmade that was waiting in the box today. I have a cat that goes through stages of drinking his water & eating the juice of meat like the kitty casseroles by dipping his paw. He does it for a few weeks then he stops. Thank goodness he has stopped at the moment as he flings it around a bit too which leads to a floor clean after each meal. Tracee xx

Loved your story about your wierd animals. So nice to have interesting pets. Not just ones that sleep all the time.
OH the new bike looks great.Shame it rained and you could not go for a long ride.

Love the new bike, but it is the pics of your pets watching the bird that really cracks me up... how funny are they!!!

ROFLMAO, our cats ARE related! Mine sits in the rain and also 'helps' me wash my face in the morning by sitting beside the basin and dipping her paw in the water. It's wonderful that your cat and dog are such great mates.
That's a huge bike :O. Time to buy some wet weather bike gear for the rainy days?
Love looking at all the fantastic work on show and tell days :).

Animals are always so amazing. However, I have never heard of a Budgie sitting on one's shoulder to lay eggs. I guess it figured you were a good egg and felt safe in doing so. ;)
Lovely show and tells. Mr. E's toy looks incredibly fun!
xx, shell

You absolutely blow me away. Even "taking some time off" you get far more accomplished than I do!!!

You certainly have some entertaining pets. The bike looks great. How was your spin? Comfy I bet. Wonderful show & tell, as always.