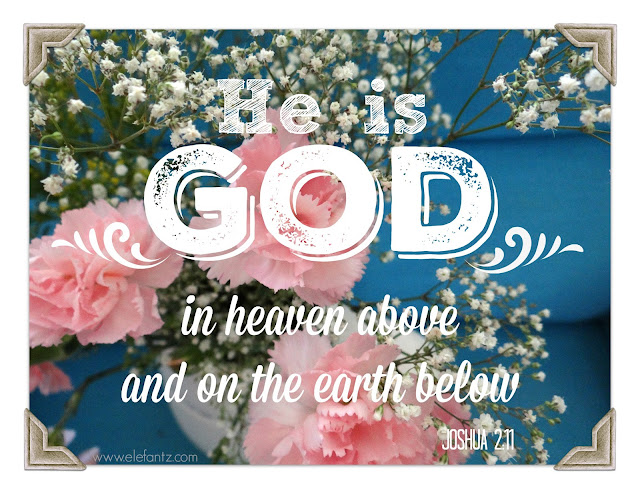 The more years I walk the Christian path with Christ as my Saviour, the longer are His seasons of silence in my life.

As a young Christian I sensed Him guiding me through every day; I heard His voice speak into my heart and sometimes it was loud and audible as though He were standing right in front of me. For years there were moments when I would worship Him in prayer and song, oblivious to my surroundings, aware only that the Glory of His presence had tangibly filled the air and enveloped me in holy arms.

I thought it would always be like that, but over the past 26 years His tangible presence, still small voice, and embracing arms continued to gradually fade from my every day life.
"He's displeased with me", I thought, "and I'm not worthy anymore."

I went through seasons of allowing this self-talk to pull me away from my normal morning habit of spending time in prayer, worship and studying the Bible, then within a few weeks or a month, I'd  run back to Him, immersing myself in Scripture and prayer for hours each day, hopeful of feeling His arms surround me once more and having everything return to 'normal' - but rarely was that hope fulfilled.

It took me years and years to figure out what I was doing wrong.
My 'normal' was to create God in the image that I liked best, an image that speaks to me, embraces me, and leads me 'out of this world and into heavenly places', an image that was tangibly accessible as soon as I bowed my head or lifted my song to heaven, an image Who answered my prayers in a manner I desired.

Such a silly girl I was, and still am sometimes.
It is *I* who have been created in His image, not He who is being created in mine.
And that is the lesson He needed to teach me; a lesson He is still teaching me.

If going silent for long seasons in life made me question my faith in Him and Who He was then it was for a good and holy purpose because I couldn't rely on feelings anymore. I had to study Scripture, I needed to take account of all the blessings which regularly came my way (like the months of empty car spaces right next to the supermarket trolley bay when I damaged my knee and couldn't walk far last year, but which I rarely found once my knee was healed)  and I had to walk with Him in dark times trusting and believing He was right beside me all the way even though I couldn't hear or feel Him near.

Right now I'm experiencing the longest season of silence He's ever taken me through, but you know what? The more I read His Word, the more I come to understand that He's speaking all the time. There's not a single prayer that leaves my lips which doesn't have an encouragement, a comfort, a direction and occasionally a direct answer, right inside Scripture.
God is God in heaven, and He is also God on earth. There is no differentiation to our Creator. Both realms are His creation, His glory, His workmanship and ownership alone.
So He's not silent after all, God in heaven talks to you and me through His earth-delivered Word.
I just needed to learn a new way of listening.

If this lesson was a University degree I'd have achieved it three times over as that's how long it's taken, but my prayer, my honest heart exposed prayer, is that one day I graduate with honours.

I'm experiencing this also. I miss HIM!
He's gotten me through the last few years. I've had the most faith in the deepest, darkest moments.

You may not remember me, I use to have a blog and lived on Cumberland Isalnd, GA. After my husband died, three years ago, we had to vacate the home there. It is a national park and we had a life estate. So, I moved to the smokey mountains of North Carolina . I didn't know anyone. It has been a walk of faith. It's all still a journey and so much I need to still assess and do in my new life. Stuff in storage in Georgia still, as no plac to put it here, etc.

Anyway, I needed to hear this. Thank you, so happy for you and the new grand baby! Glad all are healthy and well.
Loved the math mat idea!

Congratulations to your family on the birth of Austin. Such a beautiful boy and a wonderful blessing.

Very encouraging. Thank you for that.

Amen, and amen - I grew up in the Catholic church, where God was always displeased with me and waited to crush me - then went Pentecostal where He was only to be found with hands raised and the church worked up a frenzy of emotion - to now. I feel His presence every single time I read my bible, and finally understand that He's speaking to me through His word. Romans 10:17 So then faith cometh by hearing, and hearing by the word of God. And - Hebrews 1:1-2 1 God, who at sundry times and in divers manners spake in time past unto the fathers by the prophets, 2 Hath in these last days spoken unto us by his Son, whom he hath appointed heir of all things, by whom also he made the worlds;

Took me a long time to realize that. I can no longer read my bible daily without tears - of repentance, joy, and thanksgiving. Feelings are fickle, but the word of the Lord stands forever!

My Dearest Jenny, I soak up every word that you write and grab hold of the message and wrap it tightly around me trying to remember it and really truly learn from it before my memory problem hides it away. I am going through a lot of struggles right now and today your message touched me so much, it is a path that I have walked with the Lord myself. Only my studying the scriptures gets lost and then when I can not feel the Lord as you have described it can be so hard during this time to take that next step whatever it is. But because my faith in God is Strong and True I know he is here and holding me up, but oh how I wish I really could feel him like I used to.
Thank you for sharing today. May the Lord continue to guide you and hold you and your family strong and with love, strength and of course gentleness with the new baby.Amen

I think as we learn to rely on faith, the voice doesn't have to be so often or so loud. Thank you for relating these experiences, Jenny. I agree that He speaks out of the scriptures everywhere - that's why we have them, I think.

Thank you for sharing this. I too wondered at the long times of silence. I always call them my desert times. Sometimes I think the more we are in tune with God and what He wants, we don't have to hear him. Just knowing He is always there is enough and He is still working in our lives. Too often we don't see that until we are much further down the road. As they say, hindsight is 20 20 vision.

Thank you for sharing.

Hi Jenny, I have been following your blog for several months now and so appreciate your beautiful handwork and your beautiful heart. Today's post was so meaningful to me. Thank you for sharing your walk of faith. It is encouraging to those of us who walk it with you. Sweet blessings to you today!