I've heard women say that they've lost a part of who they once were over the course of their marriage, and I used to think that about myself too.
Spurred on by increasing social agreement on this matter I would lament for the adventurous, carefree girl I was in my teens and early twenties, and accepted that motherhood and marriage had taken that from me.

But I was wrong. 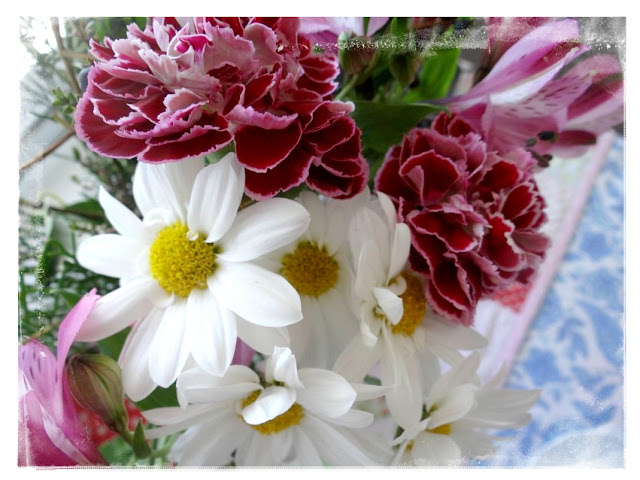 Becoming one half of a couple always involves change, even when you promise each other it won't happen.

There's no plan to make yourself more like your husband, or to make him more like you. It simply happens over time, as you draw closer to each other. We expand our heart and lives to include more of the one we love. 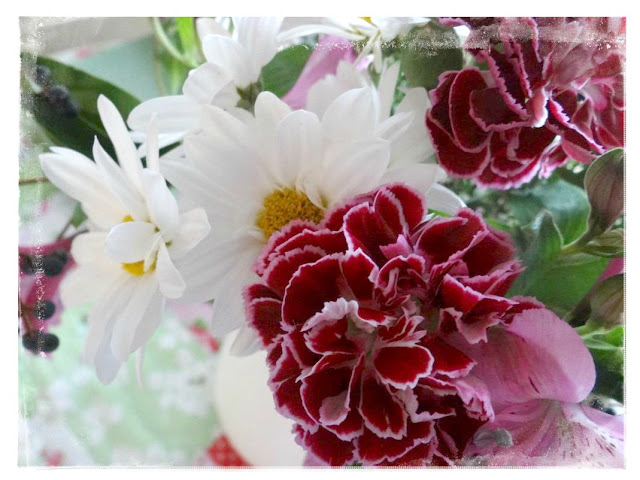 So we don't really lose who we once were, we become more than we used to be.
If our lives were a garden you could say we deepen our roots, scatter seed, bloom more profusely and spread our branches. We increase in who we are, having more to give, more to learn and more to be grateful for. 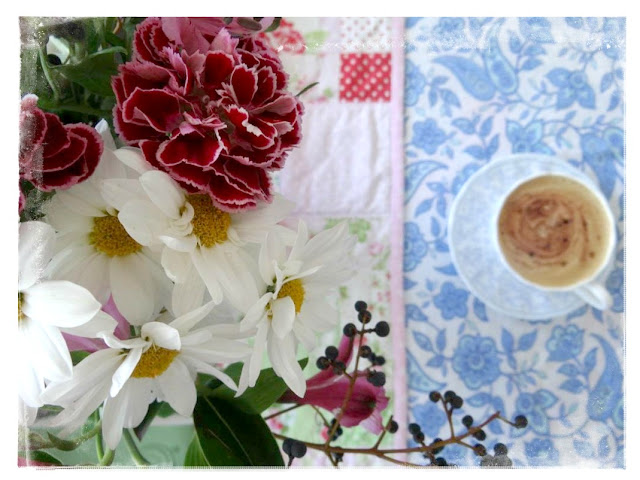 Also like a garden, marriage has seasons. Some seasons are dry and require more time and nurturing than others, but then spring arrives and you reap the fruit of your loving and faithful perseverance.

My husband came home the other night with a bouquet of flowers for me. It's not something he does as a matter of course so it deeply touched my heart and I felt very precious indeed.

He knows I love flowers and that every few weeks I'll fill a vase with pretty blooms purchased for myself...yet though it's not something he sees as essential, he's expanded who he is through the union of our marriage so that what matters to me, over time, becomes important to him. 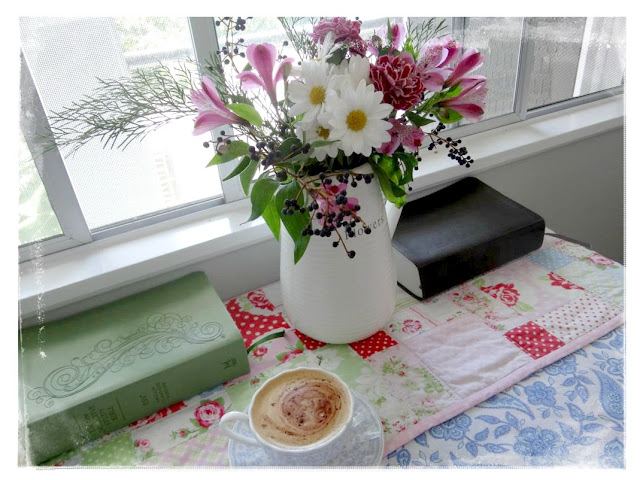 That's why marriage changes us.
It grows us to include the best of each other.

Have a blessed day,

Dear Jenny:
Compare marriage with the seasons is very accurate. I had not thought of before, but I agree with you.
I before marriage compared with a roller coaster. I was much younger, of course ;)

Have a lovely Day:)

So beautifully said, Jenny. We are very fortunate to have long term marriages and have come closer to our husbands over time.

Yes, you are correct...it IS marvelous. And a wonderful growing of two lovers. So much more to marriage than what we thought over thirty years ago! It pains me to see all the breakups nowadays. I pray that things will begin to swing back the other way, and commitment will again be valued and be something to strive for.
Lovely post! Thank you!

I kind of snickered at the beginning of this post. I just celebrated my 45th anniversary. I was 19 when we were married and I couldn't lose part of myself because I didn't even know then WHO I WAS. Neither did he. We grew together and became who we are today. I would not have my life be any other way. Except maybe when we first got married he wanted to move to a warmer climate. I might reconsider that decision not to, lol. 78" of snow for an average winter that lasts 5 months should have made it a no brainer!

Lovely flowers and such a nice display of affection. I think you have the kind of marriage I do, and I WOULD NOT change a thing.
xx, Carol

Absolutely what marriage ought to be. The two become one, better, more loving, and expanded. I wouldn't trade that experience for a life of having been single, gay and carefree. =)

Yes, as the Bible says,. "The two shall become one." But that does not mean that you each lose your individuality, which is why my husband and I did not extinguish our personal candles when we lit the unity candle.

My husband occasionally brings me flowers too. I will always remember the first time he did so. It was when we were first dating. We went on a picnic and he went into the woods to gather some firewood. Besides wood, he came back with a bouquet of wildflowers.

I love reading your reflections. They have such wisdom. Thank you, Jenny

Just love it - when I got married and told my SIL that I was taking my husband’s name she told me I was going to lose myself and my identity...she is a bit of a feminist!!! I do love her dearly but I didn’t understand what she meant...
I didn’t lose anything...I found myself and I too would not change a thing...I LOVE being married and I LOVE being a mum...
Marriage gets such a bad rap in the media...My husband is my best friend...
Thank you for always reading what is on my heart and writing such thoughtful and inspirational things...
You are the first blog I read each day...
Thank you for sharing
Loads of love from the West
Tanya Hughes xxxx

Love it - beautifully put oh wise one. So many need to hear this lovely message - I pray the Lord would lead those to your beautiful blog Jenny and touch their hearts as a result of reading these faithful and encouraging words of wisdom.

Marriage is like a good wine - it get's better with age!!

So happy for your Jenny. xx

From my perspective, I think it simply is "life" that changes us. Whether we are married or not...life experiences mold a huge part of who we are. Experiences change our perspective on topics. What we thought and felt when we were in our 20's is tempered over time as we gain more wisdom through our experiences. Even the very youthful can seem like "old souls" because they too have had many life experiences...some that we may never have if they are unfortunate to have violence in their young lives. To me, that's also why it is important to have as much good fun as we can...and bring into our life as much joy, contentment, faith, and laughter as we can get. Deep thoughts on such a fine day...hugs! Kathy

Amen to that sweetheart! I totally agree! Marriage is beautiful, and the dry seasons make the harvest so much more special. Love you sweetie!! xoxoxoxo

Nicely said. Comparing Marriage to the seasons is a very nice comparison.