Over the weekend I got to do two things I enjoy!
Mr E took me adventuring again (will share photos later this week), and another border sewn around the Mini Medallion quilt.
It's looking really nice... 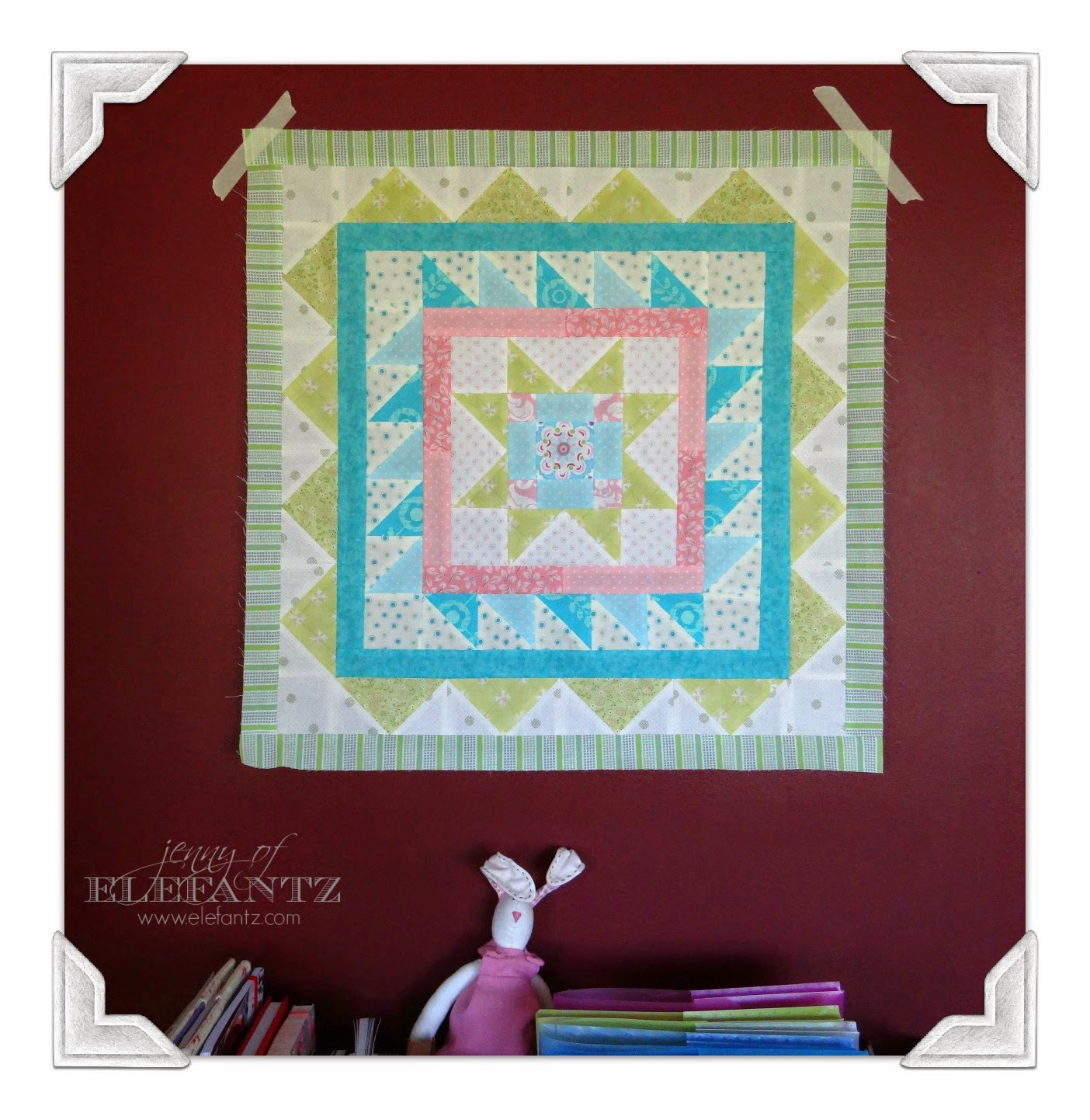 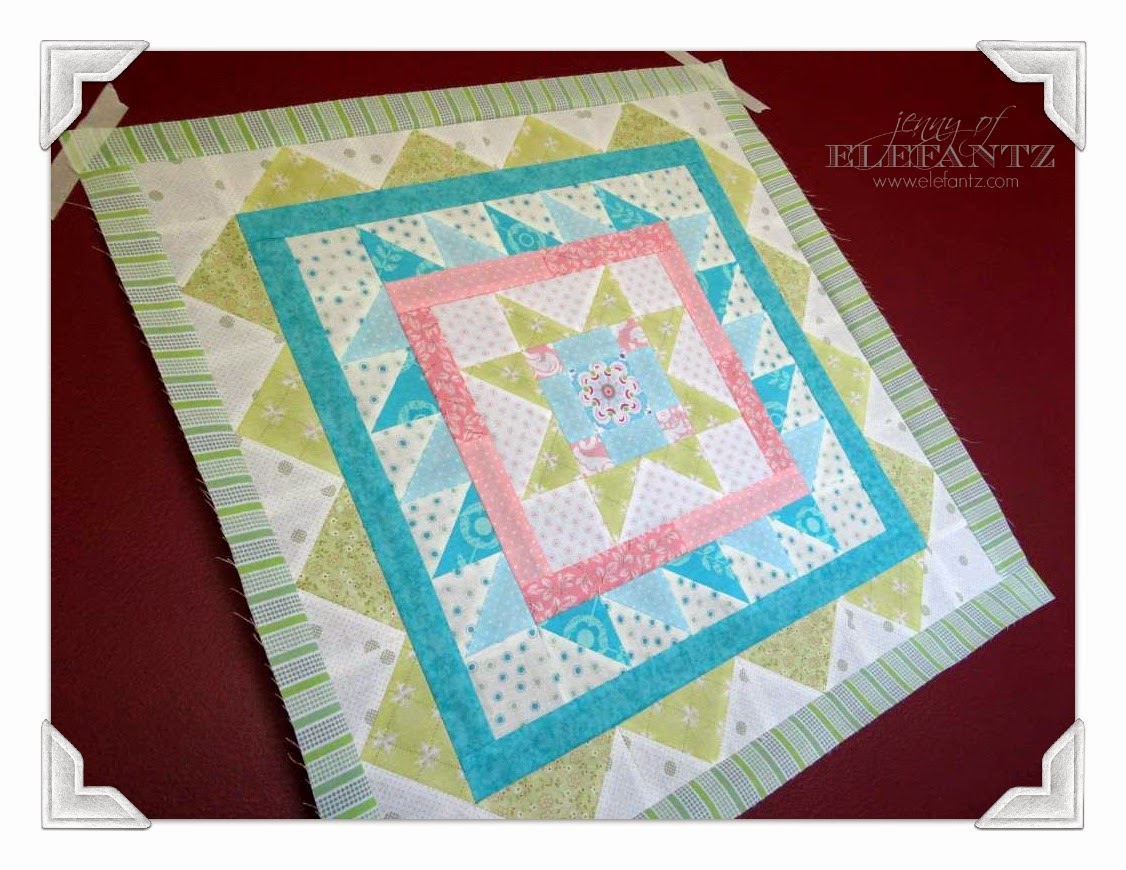 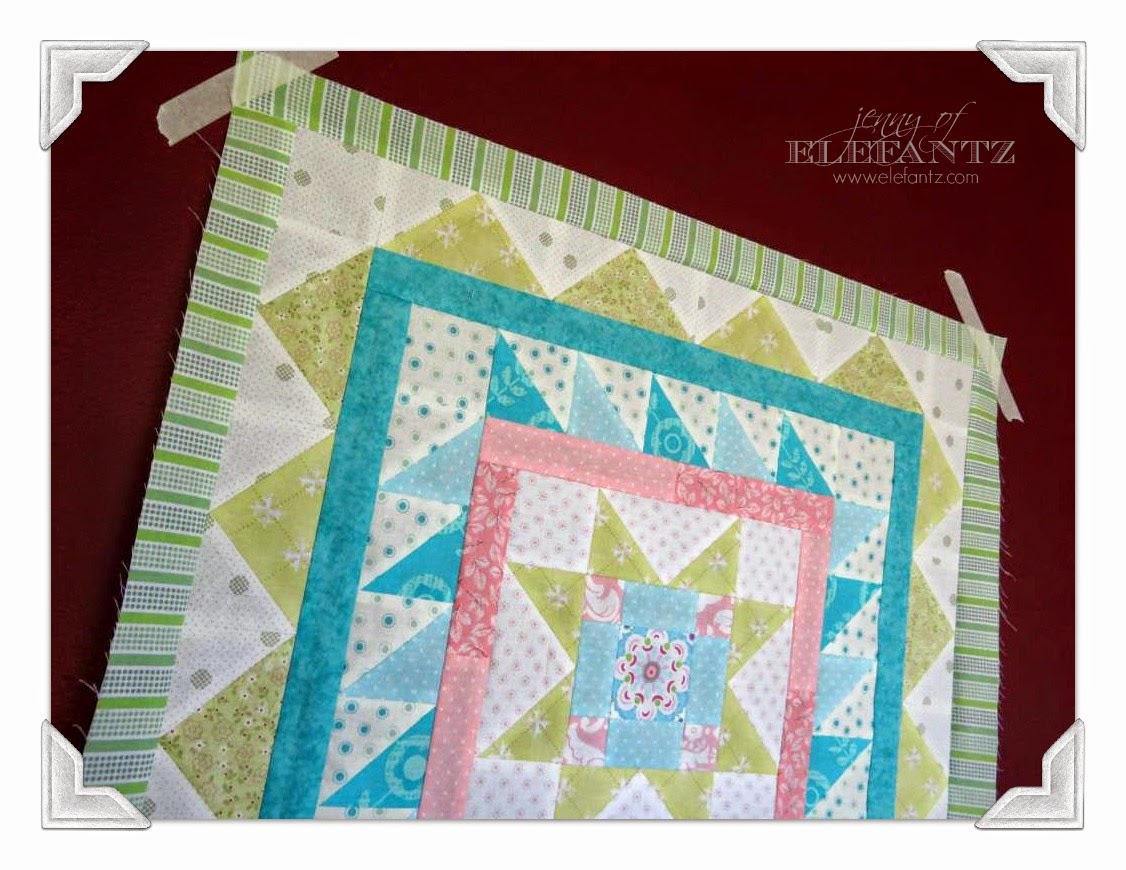 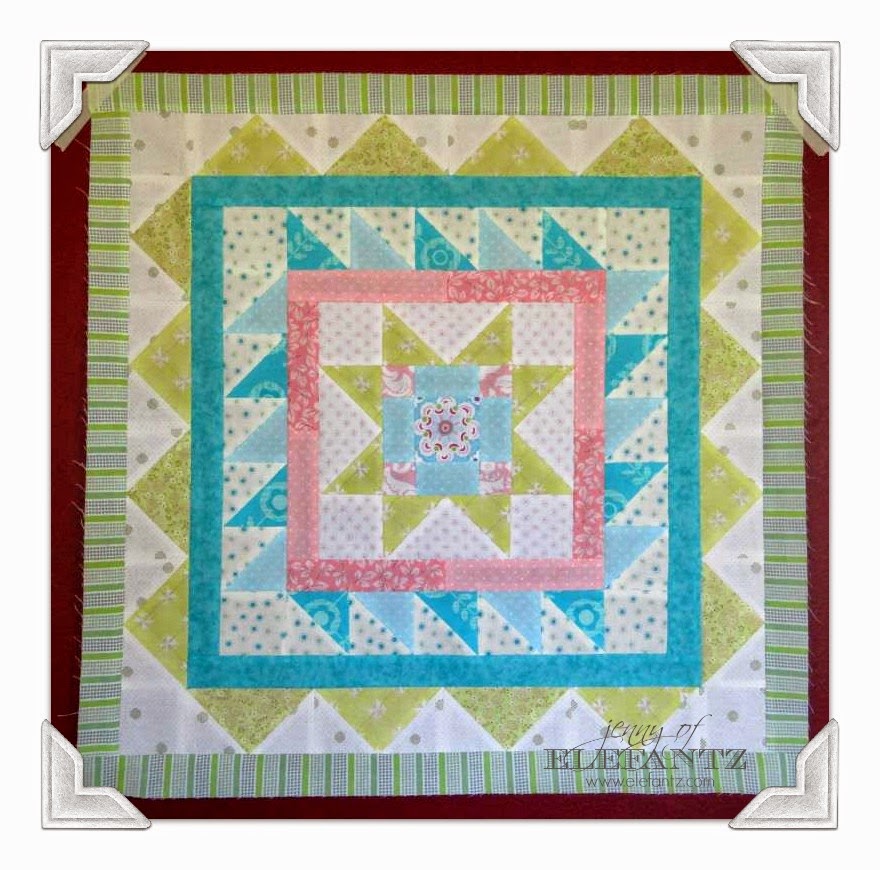 The best thing about the fabrics I'm using is that they are mostly orphan fat quarters that I love but haven't found a use for, but now the quilt measures 22 1/2" inches square so I'll have to sort through orphan lengths of yardage for the next border.
Hopefully I can carve out an afternoon this week to sew the next round and stay up to date.
If you missed the link to this free quilt it's over HERE at Clover & Violet, and is being shared by their guest blogger Chrissy of Sew Lux.

We're up to Block 15 of the Lord's Prayer this week!
The time is rolling along quickly, and I'm still only four blocks ahead with my quilt so I better buckle down and finish them all so I can have it quilted before the big reveal on week 26. 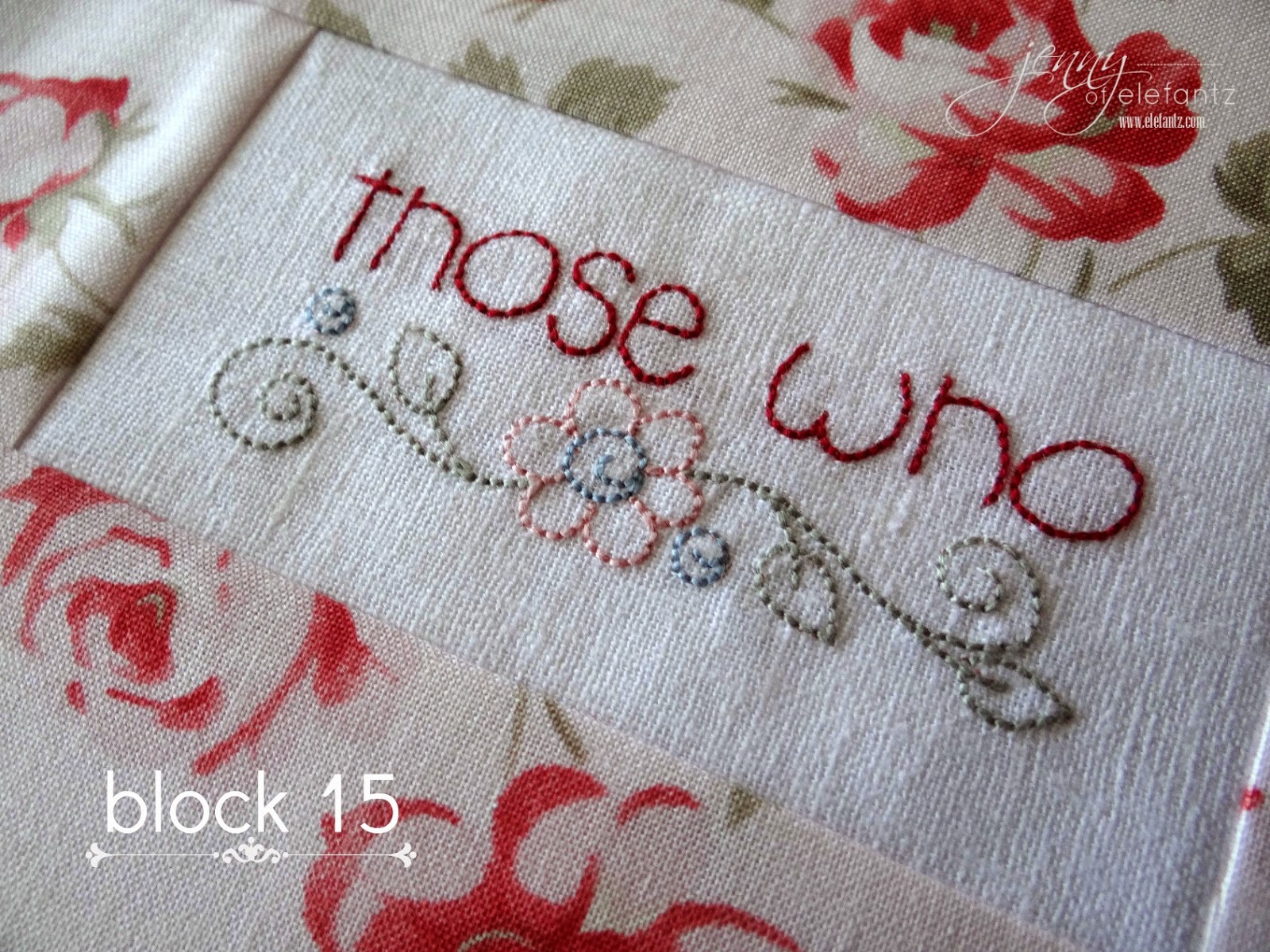 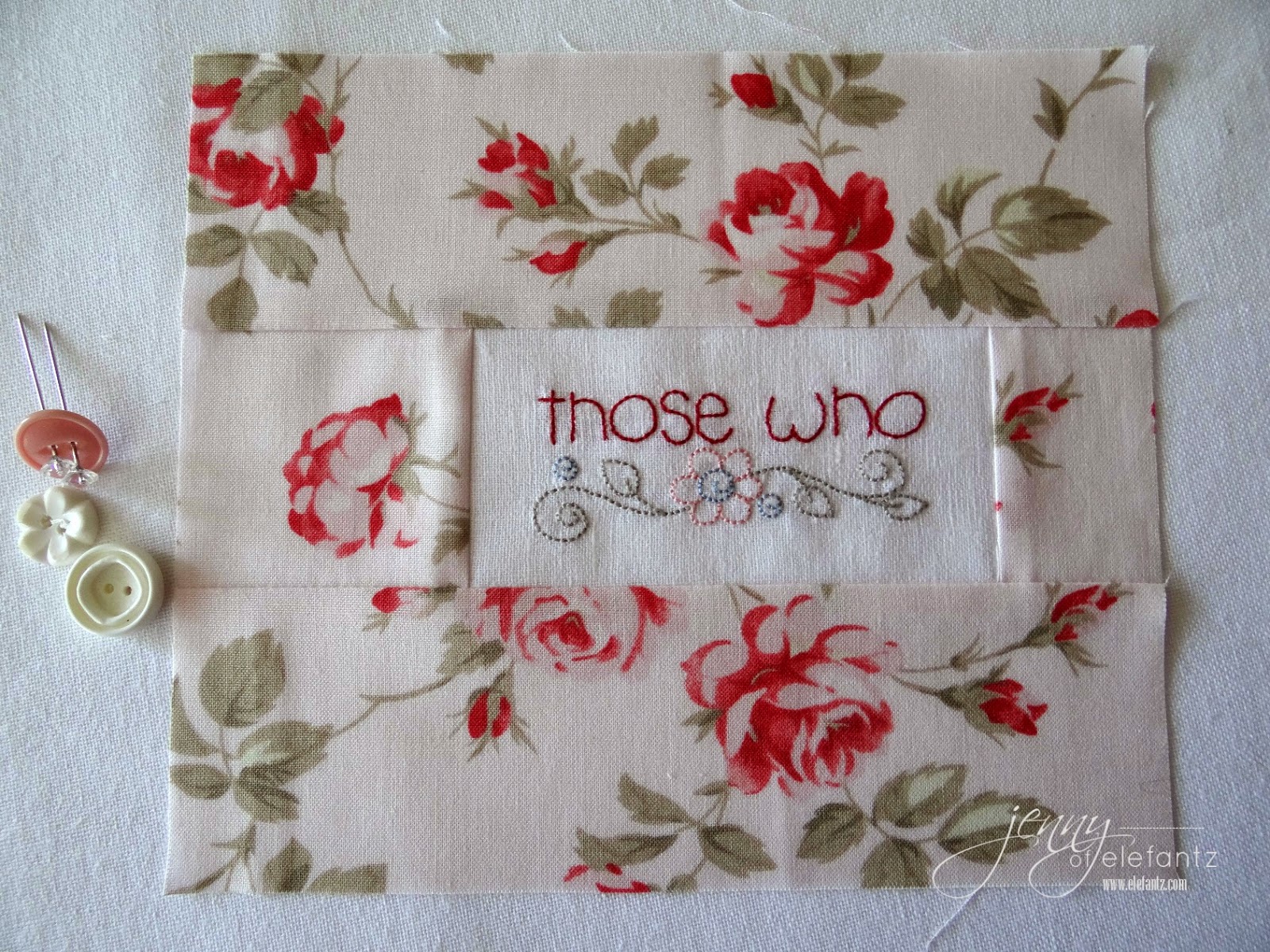 Block 15, "those who", can be downloaded free HERE in the shop.

When I shared the 1st block back in June I also wrote about the A21 Campaign and asked that you consider making a donation. Here is a recap of that appeal -
Donating to A21 along the way...
The complete 26 week Stitch-along will remain free, but I am hoping that as you gather the blocks each week and stitch them that you pray for the A21 Campaign (I shared about it here), and also that you would consider making a donation to it.
Even a dollar or two, when added together by many donating the same, becomes large.
Let's be part of the 'large' and support those who are working tirelessly to free slaves from human trafficking across the globe.

Donate to A21 and read more about it HERE. 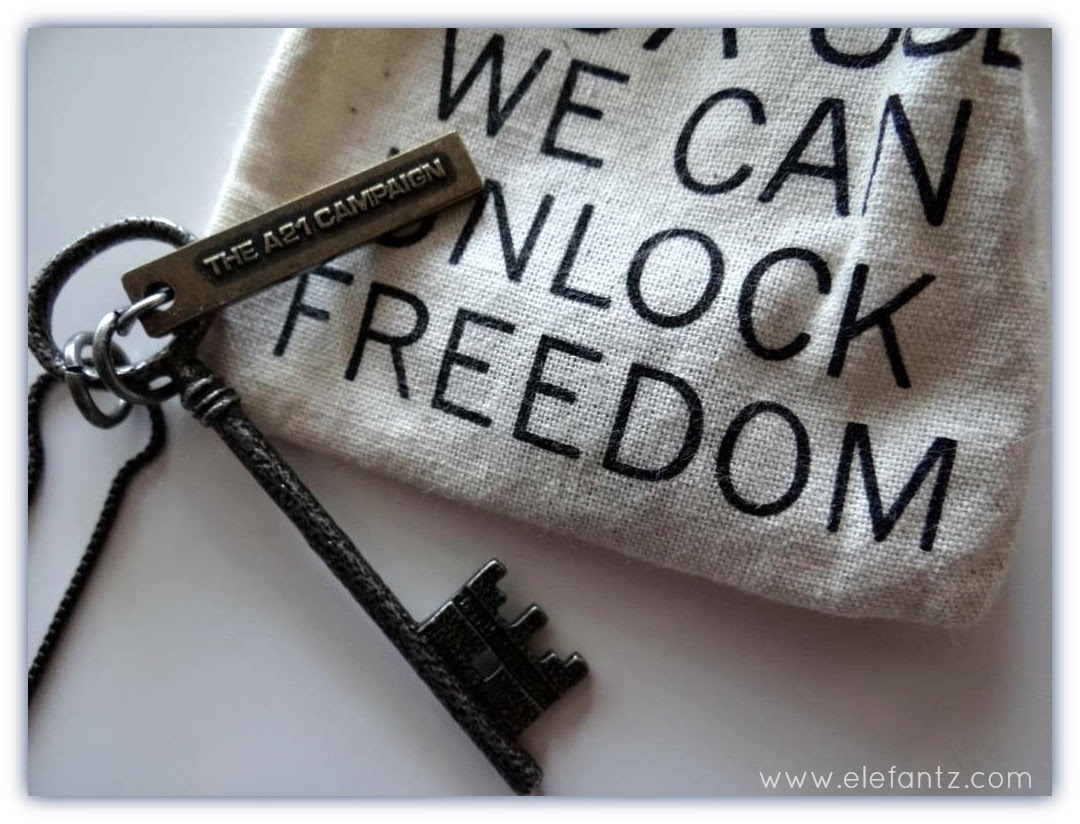 I take my freedom for granted, I admit it, but countless others do not have my freedom (or yours)...let's be a part of the keys needed to unshackle them from slavery, even if it can only be through a financial donation or a quilt design and an earnest prayer...just doing what we can really does have an effect.

Posted by Jennifer Reynolds Jenny of Elefantz at 6:00 AM
Email ThisBlogThis!Share to TwitterShare to FacebookShare to Pinterest
Labels: A21, LORDS PRAYER Stitchalong, Mini Medallion

The quilt is looking so sweet..
Pretty blocks..
Hugs x

Your mini is beautiful. Thank you for the reminder about this important charity.

Hi Jen,you do such beautiful work and this is a worthy cause,yes i think we do take our freedom for granted,enjoy your day my friend.xx