Sneak peek and the doors are open... 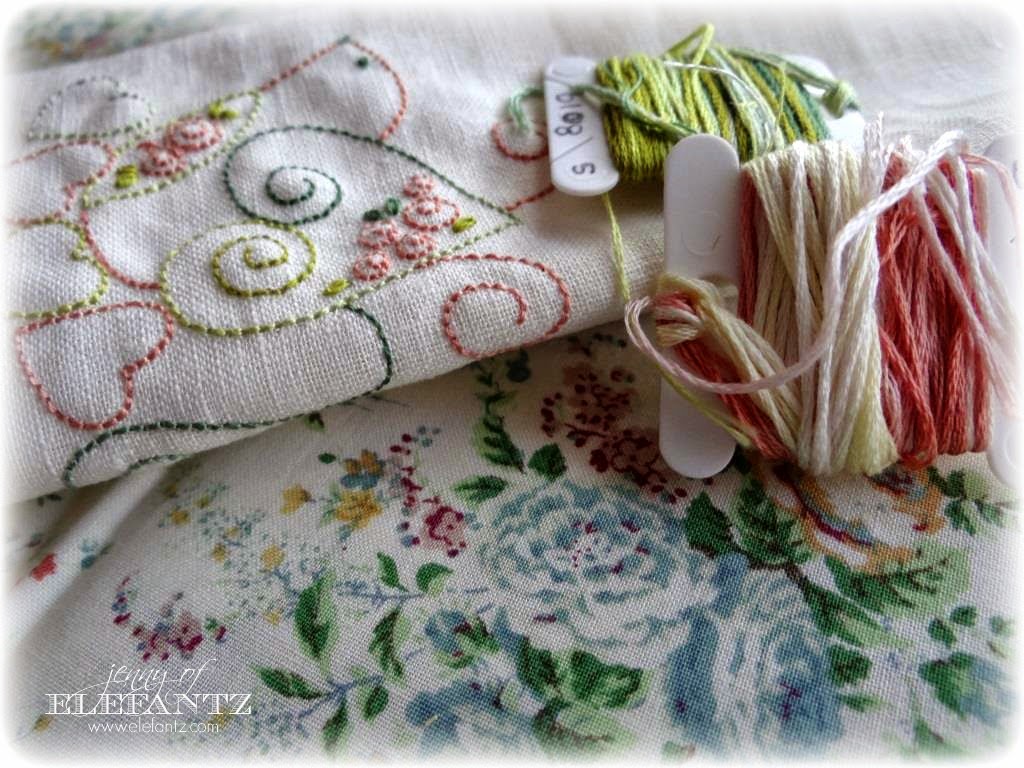 These are three of the six new stitcheries inside Month 2 of the Stitchery Club.
I'm loving them.
The one below also comes in a non-applique version with a verse to stitch inside the heart as a 7th stitchery bonus.... 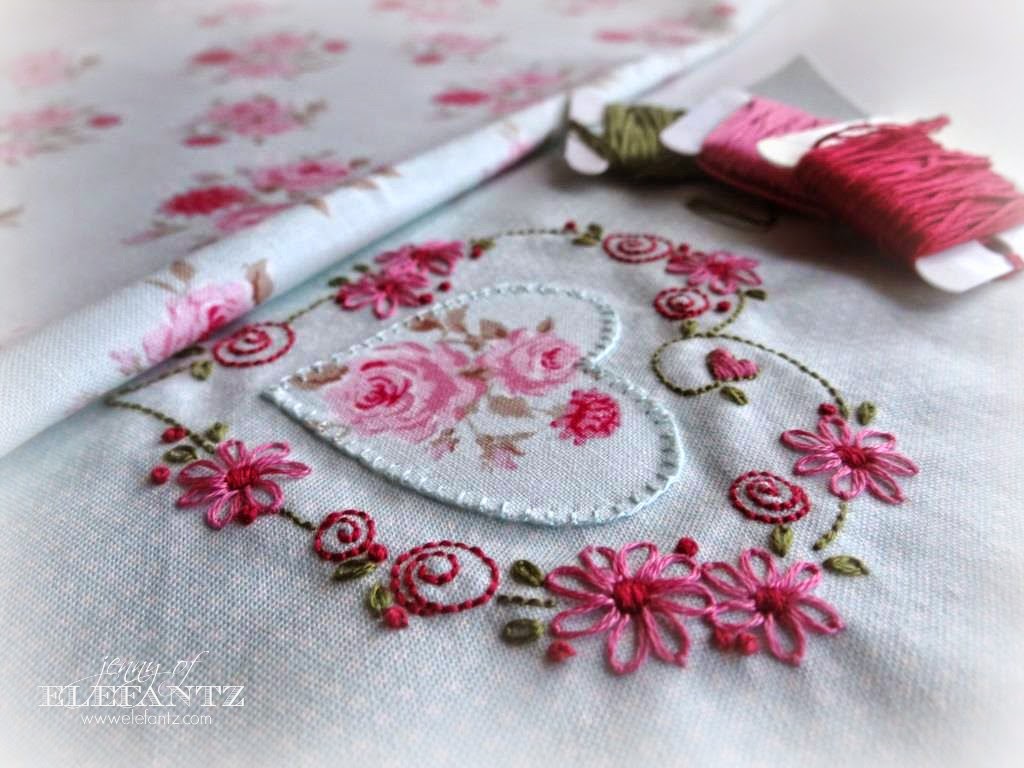 The theme for Month 2 is 'hearts'...but you may have guessed that already? 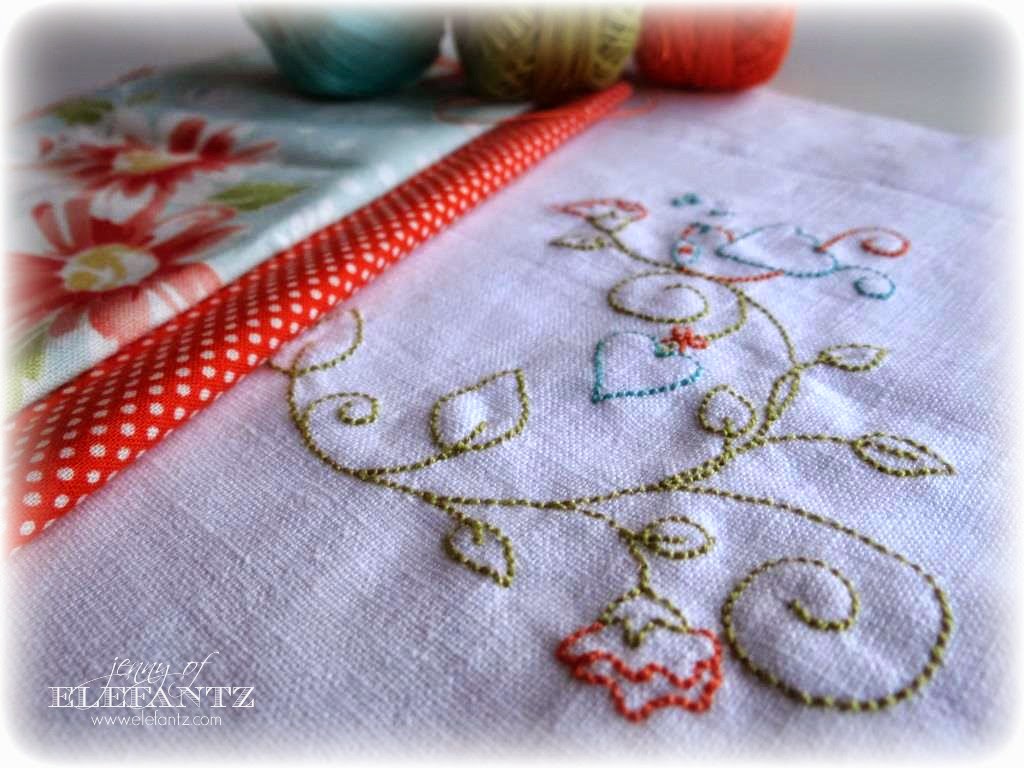 There are six new stitcheries in the second month of the Stitchery Club, and I'll be stitching a couple of them twice, using different colours and backing fabrics so you can broaden your view on how you'd like to stitch them yourself.

We're also going to look at using different fabrics to embroider on this month - I've been playing with linen, vintage doilies, cotton sateen and dupion silk...oh, my I'm enjoying these!

SUBSCRIBING...
I received a number of emails from dismayed readers who didn't catch the one week 'sign-up' for subscriptions at the launch of the Stitchery Club earlier this month, so naturally I went to Mr E for counsel about what I should do about subscription dates in the future.
He's such a good and patient listener (and I do tend to ramble on and on when I explain my decisions to him which gives him ample time to think over his response), and after emptying my mind of all the "what if I....?" options he quietly assured me the simple thing to do was keep the option to subscribe permanently available. Isn't he marvellous?!

Free Gift
In fact, once you have subscribed, and while you're anxiously awaiting your Stitchery Club patterns to arrive on the 17th of the month,  I will send you my "breathe" design to make during the interim... 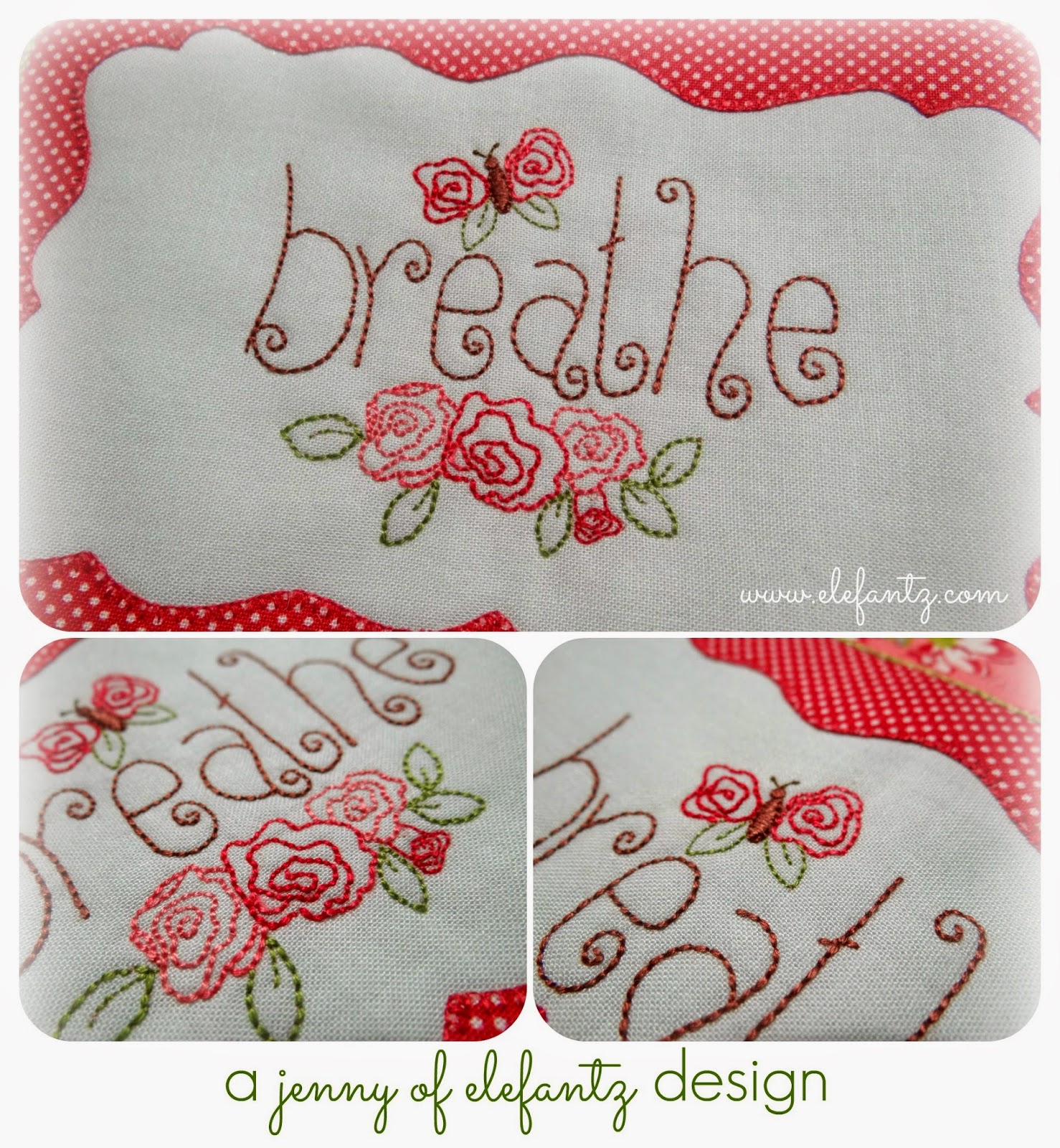 Well, it's Friday, and I have some seriously sweet stitching to do. It's a good day when we get to stitch, isn't it?!
Hope you're having fun too...
hugs

Posted by Jennifer Reynolds Jenny of Elefantz at 6:00 AM
Email ThisBlogThis!Share to TwitterShare to FacebookShare to Pinterest
Labels: Stitchery Club

Your new designs are looking beautiful

Oh, Jenny. These new ones are gorgeous. I can't wait for them to arrive in my inbox! xx

Such pretty designs - couldn't let them slip past me again. Thank you for a second opportunity to join the club :) You are the best (and so is Mr. E).

Bless your Mr. E for opening the subscription time to permanent. I have yet to figure my 2015 budget and therefore am not certain what I might be able to do as of yet. You know how much I adore your stitching projects. Creative Bliss...

Yes! Any day with stitching is a wonderful day! I love the hints in the new month's subscription. I look forward to it. So much goodness, I may have to give up all the other kinds of quilting and stitching I do and just do Jenny-work. =)

Oh LOVE these!! Have darted off to subscribe! Roll on the 17th!

Well couldn't resist your stitcheries Jenny. Thanks for the extra design in my inbox. Hugs......

Thanks so much Jenny for the freebies! Also, am s0 looking forward to December's stitcheries. I have enjoyed this one so much and have two more to finish.

Everything you stitch is just wonderful!

It's lovely, being married to a wise man; it makes life so much easier!

So nice! Can't wait for this months patterns.

Beautiful designs..I think every single thing you design is gorgeous and you continue to wow me with your talent