Every word is true... 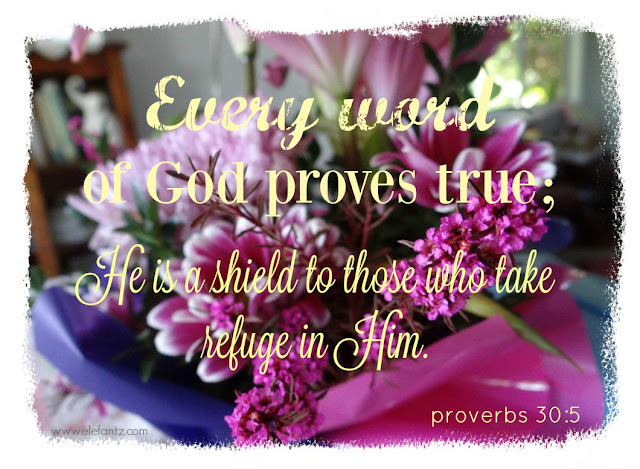 An Australian politician was speaking recently and he shared his belief that God would accept things today which were long ago noted as sin when He was writing the Bible through His chosen people.
I was pretty shocked. A politician speaking on God's behalf? Really?! A politician who had changed his stance on critical issues because he needed votes?

When I got over the initial disappointment in this guy I wondered about me, about what areas of my life deny the Word of God?

The world has changed, there's no denying that.
But God has not.

So in what ways have I watered down His Word, turned from His precepts, or chosen beliefs which defy His?

I believe we're approaching the last days so it's critical that I get my act together. One day I'll be standing before Jesus and will need to give account for these areas of my earthly life which do not correlate with God's Word and honestly, I'd rather get that all sorted this side of heaven, wouldn't you?
I don't want to stand, like this politician will, and feebly explain to GOD that I knew better and could speak on His behalf.

It's time to be real about truth, and EVERY word of God proves true.
I can't argue with that, and I don't want to.

These politicians should fear God greatly. It is clear every word is true and holds true until Jesus returns. Also that anyone who changes the words is in a whole world of trouble!
It has become a real challenge as they now say bad words about you if you hold true to the word of God.
A lot of prayer and strength are needed!
For the first time ever I will not be voting for the main parties. They are both lost I think.
Thanks for this Jenny.xxx

Hi Jenny,
I've been a long time reader of your blog. I used to blog, but life got in the way and I didn't have time to keep up. Anyway, I wanted to let you know that I especially enjoy reading your Sunday devotions. You keep it real. May you be blessed abundantly for spreading God's Word. :)

Good Morning Jenny! Reading your post this morning was an important statement. Like you, I believe we are beginning to experience and see the End of Times. I have often asked myself what I am going to say while revealing to him my sins. Like you, I know I continue to try and improve in all areas of my life, learning more about scriptures and Gods word is an important part of that. Thank you for sharing your thoughts and this wonderful message to us.

When I was a new Christian I argued with Abba a lot. At the time I was working on the children's floor of a large hospital. I didn't like what I sometimes saw and the hurt that I experienced with parents. As I grew in the Lord, my arguing grew less and less. Now there are times when things happen that I just do not understand, but I know that Abba is behind it. I try to stay true to God's word. I do not understand why certain people today feel they can make the Bible to fit what they want it to say. What I really don't understand is this thinking that "I" can be whatever "I" want to be because that is what makes "me" happy! Jesus never once promised us happiness. Joy and suffering, yes but never happiness. When I am in His word and taking enough time for prayer, I do have Joy in my heart. I will take that over happiness any day of the week!

Great blog today Jenny! Such a positive reminder to me to be on my guard regarding anything that is at 'odds' with the Bible which is 'God-breathed'. We are told in many verses in the Word that nothing should be added to, or subtracted from that which God has written. I think you are quite right when you say we are towards the End Times, and I am sure we will all come across others in positions of influence who will try and water-down what God has decreed, just so it becomes a modern day 'acceptable'. Keeping close to Jesus, living out the life He has planned for us, and being 'The Best We Can Be' however difficult that may be for many of us, should be our goal. And one amazing day, hearing those words 'Well done, good & faithful servant' will be eternally priceless.

Yep, yesterday, today, tomorrow and forever. God's Word is Truth. It never changes. Isn't it reassuring to know that Jesus paid the price for my sins and I never have to worry that my place in heaven will be altered because somebody decides they have a better way. Jesus is the ONLY way. Amen!

Kind of shocking to read what this man has decided. The world says to tolerate and The Word says be holy.

Amen! The politician was only saying what a huge number of people today believe. And that's truly sad. Reassuring to know the word means the same today as it did 2 or 4 or 6 thousand years ago. Thanks for another good scripture.

Our Bible study group is just completing a study called "Respectable Sins" which addresses this very issue. There are so many sins which have come to be overlooked in our world today, but God still sees the sin. We need to be aware of the ones that we have come to accept in ourselves!

Beautifully written Jenny! Tears came to my eyes - Thank You! Matthew 24:35 says - "Heaven and Earth will pass away, but my words will never pass away." Never to be revised - never to be changed - yesterday, today and tomorrow!

Well said Jenny. Truth is absolute and cannot be watered down to be relative to whatever we feel like making it in order to justify our attitudes and choices. I am so grateful too, that His mercies are new every morning; He is so gracious and patient with us as He leads us in paths of righteousness throughout our whole lives as He conforms us (me) into His image. Oh that my heart will always be soft in His hands! God bless you beautiful sister in Christ.