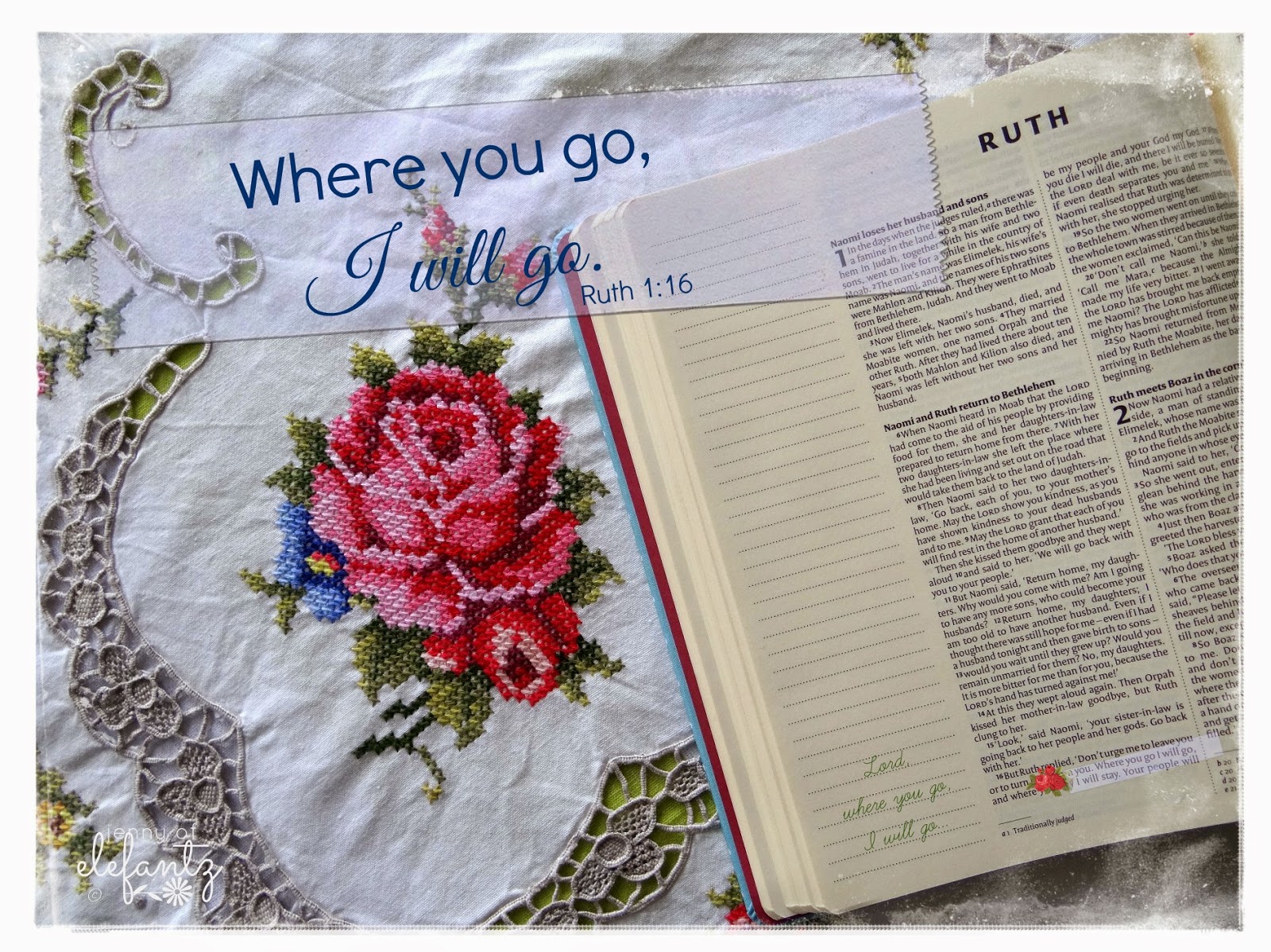 This statement of true devotion declared by Ruth to her mother-in-law is well known. It's quoted often in Christian literature and teachings and always stirs my heart.

As I reflected on this verse yesterday, I transferred Ruth's promise to Naomi onto my promises  to God.
I considered what it means to truly pray those words, "Lord, where you go, I will go..."

Jesus came before people from every walk of life and asked them to go with Him. Some followed eagerly, trust and hope bubbling in their hearts for what He promised and who He was.
Yet some shied away in fear of what they may lose - their trust firmly attached to what they had and who they  were.

I doubt that Peter knew exactly where Jesus would lead him when He stood by the water and called out, "Come, follow Me and I will make you a fisher of men!"
But Peter did not hesitate, dropping the net held securely in his hands and walking from his comfortably unsurprising way of life into an unknown future - in the blink of an eye. Peter stumbled and climbed, over and over in his lifetime, but every experience drove him closer and closer to His beloved Saviour. He followed, he changed, he repented, he grew - and he became the man Jesus knew he could be.

As I let Ruth's words settle in my heart I realised that they carry more promise and hope when declared to the Lord, than when she was choosing to follow Naomi - and look at the fruit borne of that devotion in Ruth's life!

Yet, fruit borne from us following Jesus is abundantly more than any blessing Ruth received.

Consider where you are in life right now. Consider the promises made to Jesus in the past.
There's no time like the present to re-affirm your course, or alter it.
Put your hand in His and trust His lead.
There's a purpose written in heaven with your name on it...wow. 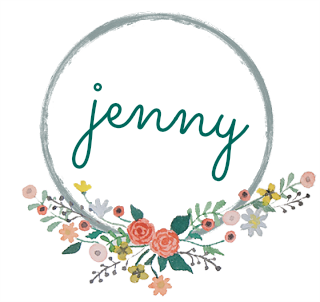 Download this week's Scripture card and devotion HERE
Posted by Jennifer Reynolds Jenny of Elefantz at 9:00 AM
Email ThisBlogThis!Share to TwitterShare to FacebookShare to Pinterest
Labels: A Year of Gentle Domesticity, domestic reflection Sundays, Sunday Scriptures

Thank you. Your words lead me to think, which is always good. Blessings.

Beautifully written. We are studying the book of Ruth in our ladies meetings at church. I have enjoyed it so much. The blessings Ruth enjoyed because of her faith and loyalty is amazing. Very inspiring.
xx Beca

Thank you, Lord. Jenny is back on track.

I gave Jim a ring from James Avery with this verse inscribed on it in Hebrew for our 10th wedding anniversary. He is never without it just as he is never without his wedding band. I also inscribed the verse into a new Bible for him two years later for a Christmas present. I, like Ruth did Naomi, would follow my Jim wherever he led. I have also applied the verse to following Jesus as you have. It can sometime be quite difficult to follow where He leads but oh so gratifying when you do. I love the book of Ruth. I try to read it once a year. She was such an obedient soul. Because of her obedience blessings ended up raining upon her. I also like that she is one of the few women mentioned in Jesus' lineage. She was also an alien as was Rahab also in Jesus' lineage. How wonderful that Jesus' lineage should have people from the outside as He was so willing to be with those who were non-Jewish at a time when it was not acceptable. Obviously you started me thinking today sweet Jenny. Thank you.

I guess we all struggle with the idea of putting the Lord's plan before our own. Even when I see the rich spiritual and even temporal rewards that come into my life, the next time, it's difficult again. I remind myself that growth is a process, not a destination. LOL I remind myself that the Lord KNOWS me and loves me still. Ruth is a great example to study. Thanks for your words - you always provoke thought, and frequently something you post goes along with something I'm studying and pondering.

"There's a purpose written in heaven with your name on it." I love this way of looking at Ephesians 2:10!