Nana loved a cup of tea with her bread.
In fact it was her nightly ritual to serve Pop and I a slice of fresh bread, thickly buttered and covered in honey or jam, with a pot of steaming black tea for 'afters'.
'Afters' was our supper, served in that final hour before switching off the lights and heading to bed.

Nana also served bread, butter, jam and tea on Saturday afternoons, and that's what inspired the Saturday design for "Days of the Week". 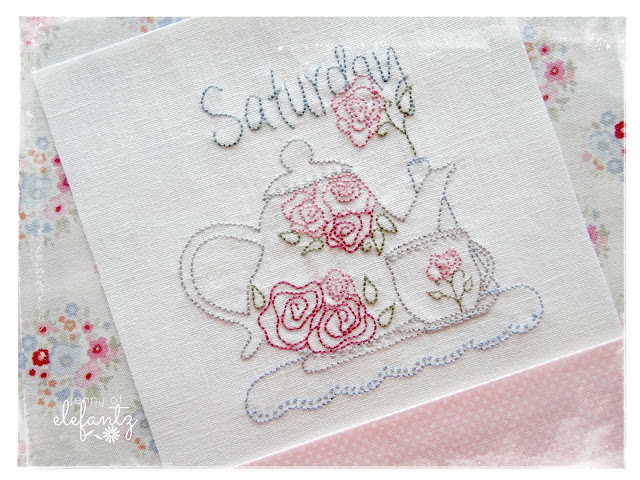 To be honest, her tea pot was not a pretty one like the pot I've stitched above, but I do know she would have loved this one to have graced her kitchen table, so in my heart of hearts this is Nana's Pot - my gift to her memory, and the wonderful afternoons we spent together, simple afternoons with bread, tea, Pop and each other. 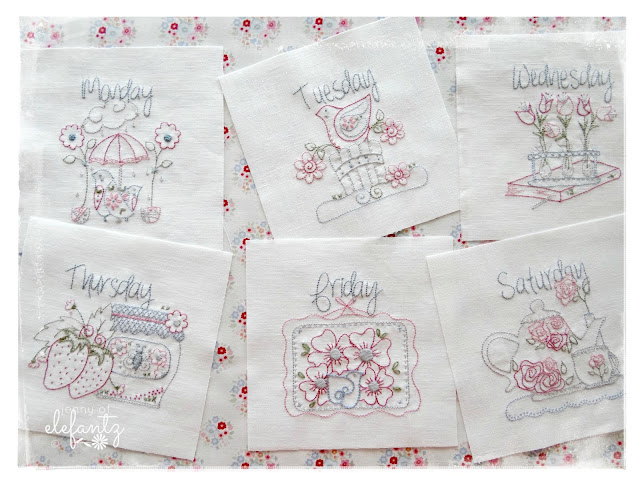 A couple of weeks ago after I showed you a yummy loaf of light rye bread and some bread rolls I'd made when Blossom came to lunch, many people emailed asking for the recipe. 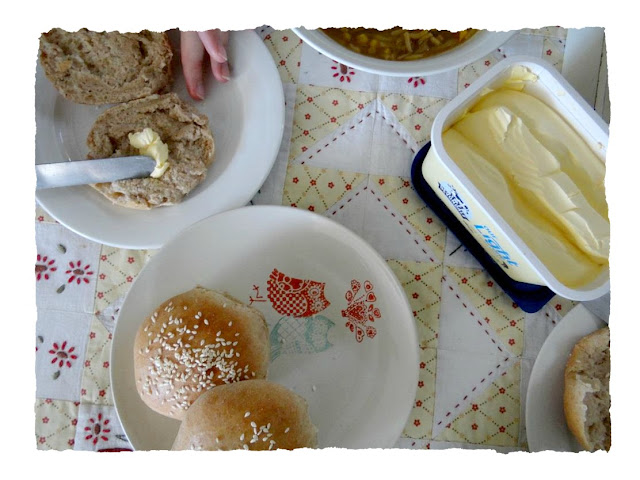 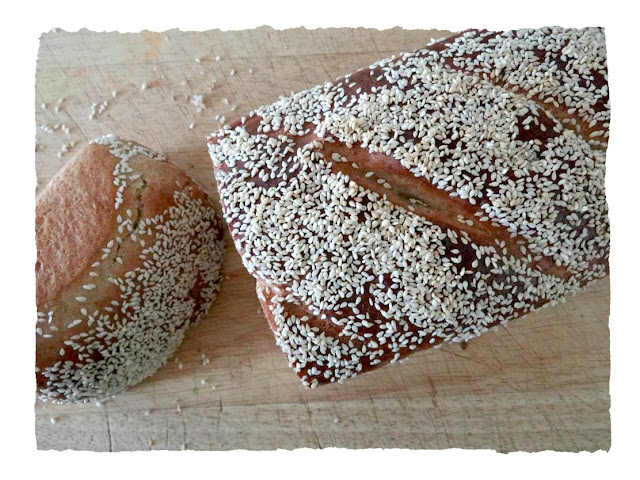 It was in one of my three favourite bread books... 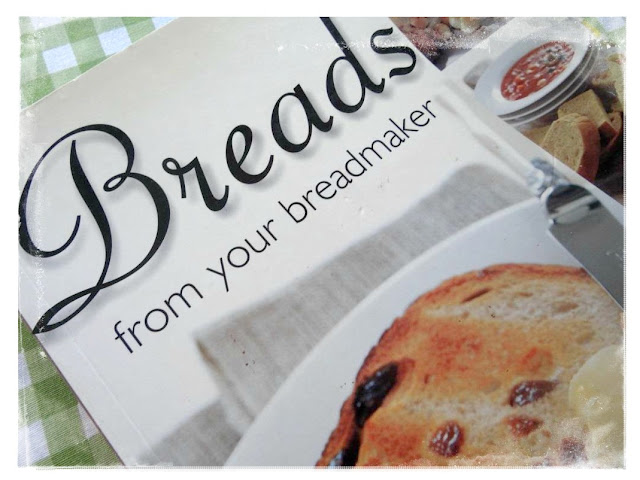 I didn't bake it in the breadmaker as I prefer bread to be baked in a normal bread tin or free form, but I do use the breadmaker for kneading and the first prove of the dough.
After that I punch down the dough, divide into one loaf and four rolls, then leave to prove a second time before baking in the oven at 190C.

If you're going to bake the Light Rye Loaf in your breadmaker it will make one large loaf.

The recipe below is in metric Australian measures so just to clarify:

NOTE: a US tablespoon is only 15g or 3 teaspoons 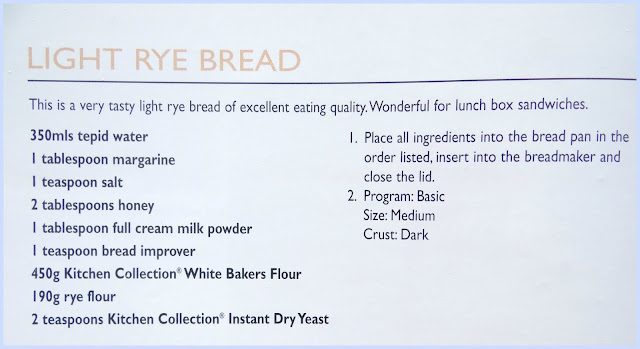 Another question asked this week was from Debra who wanted to know which Jane Austen movie I was watching as I stitched the other day.
Well I've been through a few lately but my favourite is always Persuasion.
In fact I watched it again as I began stitching the Sunday design for May's Stitchery Club... 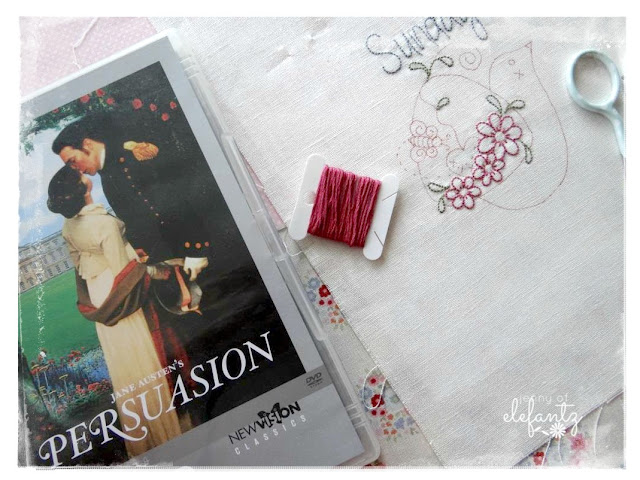 Once this block is completed I have more stitching ready and waiting.
First I'll begin work on a stitchery to be published in next January's issue of Australia Homespun Magazine, and I'll stay with the English movie/tv theme by watching Poldark.
I've just discovered this new version of the series (based on the Poldark books) and after watching the first two episodes I'm hooked!

Mr E and I couldn't work out where we'd seen the main character before yet he looked so familiar! Then the penny dropped and I remembered him as Kili the dwarf from The Hobbit. 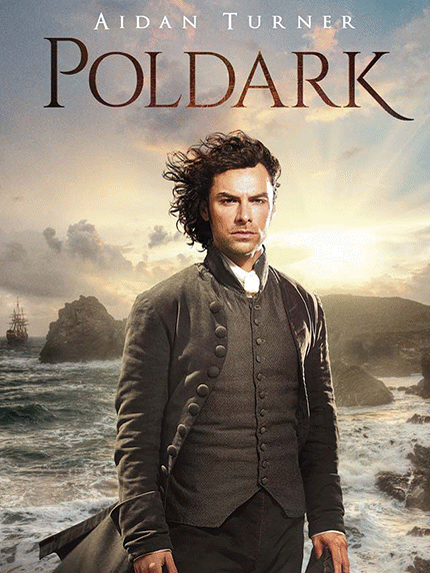 Even Mr E is enjoying this series too. Win win!

I've received a lot of correspondence from fellow Australians about the cost of patterns purchased through my Craftsy shop.
As Craftsy only allow sellers to list patterns in US dollars it means a $3 pattern becomes closer to $4 when converted to Australian currency.

After reformatting a number of my favourite patterns I asked Blossom to update my long empty Etsy Shop and list them over there in Australian $.
The patterns are still instant downloads, but they're not saved to a pattern library (as they are with Craftsy) so you need to download and save to your computer when you make the purchase.

Over coming weeks I'll make time to reformat more patterns and Blossom will then add them to my Etsy shelves.

So now you have two pattern shops to choose from!

HERE for Craftsy in US Dollars

HERE for Etsy in Australian Dollars.

I'm a small home business and can't do everything, but this is one change I could make which benefits those whose currency is taking a hit against the US dollar.

Have a blessed weekend!

Now that is a really pretty teapot! All those stitcheries are gorgeous. I love watching DVDs while atitching and I do have the Poldark series. Computers seem to be so time consuming with updates, virus protection and all sorts of other things involved. Running a business must be so much more involved with constant attention to details. You are doing a wonderful job with your blog updates, stitching, designing, being a wife, mother , grandmother and domestic goddess, as well as running your ever growing business. Remember to take time to smell the roses. I appreciate all the work you do and you always put a smile on my face when I need it the most. Angel hugs.

Hi, Jenny!
Thank you for answering my question, Persuasion is a favorite of mine also, but I am currently watching Pride and Prejudice for the umpteenth time ( the Colin Firth and Jennifer Ehle production). I love the sets and costumes. I very much enjoy Poldark as well, since I remember the original series with Robin Ellis.

Thank goodness for our nanas. Don't you wish you could go back and give her a beautiful teapot with lovely roses on it. Love all your days designs. So glad I have been a member of your pattern club since the beginning. You never disappoint, dear Jenny. I love that version of Poldark. We see it on our PBS channel here in the States. I also love Persuaion, but my favorite is Pride and Prejudice with Kiera Knightley. It is just a beautiful film. The soundtrack is wonderful. Loved it so much I bought it on CD. My granddaughters and I get together at least once a month to watch it together. They love the music so much they bought the piano music book so they could learn to play their favorites. They are 14 an 13 years old. They already crochet. Now to get them into embroidery stitching.

Good Afternoon Jenny! I am running a bit behind today. I so enjoyed the information about your Mom and Pop and You. Stories like this always warm my heart and make me smile and just feel warm all over. Both of my Grandmothers did have pretty tea sets and only occasionally would get them out and serve tea and we would sit and chat with my Mom and another Aunt or two. I am fortunate enough to have received one tea cup from each of them when they passed. I am also so glad that Blossom is close at hand and can assist you in these ways that make her happy and busy and make you one less step to do and breathe a little easier knowing it is done. Plus, I love hearing how the two of you work together. It just always makes me smile and thank the Lord that you both have each other so close! I hope that you continue to produce such lovely embroidery patterns for they just make a person feel the love you have put into them. Thank You Dear Jenny My Friend May the Lord Continue to Bless You and Your Loved Ones and Hold You all Close. Amen

I love the Saturday stitchery and the peek of Sunday's, as well. I know your childhood wasn't always rosy, but it's so nice to share a memory that was. You and Nana were so close, and it's a blessing that makes up for much, I suspect. Blossom is so blessed in so many ways. I'm glad you figured out a way to make the patterns less for those with other dollar systems. It sounds like a lot of work for you and Blossom, though. Have a very blessed Sabbath!

My grandmother used to give us thick slices of buttered bread and jam for afternoon tea when we visited. The large dining room table was always set with a starched white cloth and beautiful cups and saucers. I still have some of them. I love these new patterns and am thinking of making an afternoon tea tablecloth when they come out.

Good morning Jenny, I just love tea,so your teapot stitchery block is one I am really looking forward to stitching.I have a lovely collection of " tea" inspired items,such as teapots,tea cups,that hold very dear memories.I did not have my grandmother around while I was growing up,but I did have a lovely elderly lady who lived next door to us,and I considered her my adopted grandmother.I remember many an afternoon sitting with her drinking cups of tea,and she also had a bit of a sweet tooth.So she had a big old ice cream container under her bed,in which she kept her "stash" of yummy raspberry licorice and other sweeties...The times spent with her ,were some of the happiest childhood memories.(I did not have many of those otherwise).But I can look back at those times spent with her and thank her for being in my life.She was a wonderful person and I loved her dearly. Gabriele

Sundays teapot is beautiful. Hannah's favourite is Persuasion as well.

Dear Jenny, I like when he tells us his memories, and when he tells us the reason for their designs.
To me I liked another set of Poldark thirty years ago.
Perhaps this is new ... and the youngest protagonist :))
Thanks for the bread recipe. You're very generous. Thank you.

Love the Bread and tea design. Sew pretty. My grandmother AKA Othermom as I called her just had a metal tea kettle. Nothing fancy